Rising Above the ‘Triple Quandary’ of Being Young, Gifted & Culturally Diverse: Celebrating the Strengths of Diverse Gifted Learners

{This is post is dedicated to my brother, the late James Robert Lawson, Jr. whose birthday is today--one of the most  gifted people I have ever met...whose strengths were often overlooked, and thus, his gifts never fully developed. I know you're watching, Jimmy, and I hope I'm making you proud}


As a young man, William Edward Burghardt Du Bois was identified as a ‘gifted’ by school officials and embraced by community leaders who helped to provide resources to assist DuBois as he attended a predominately white, affluent high school in Great Barrington, Massachusetts. Du Bois, the son of a single mother, excelled in the school environment, published his first writings early, and became well known within the community (Lewis, 1993). 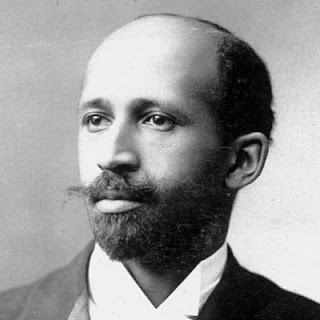 In 1890, Du Bois was the first African American to earn a graduate degree from Harvard University. While he excelled and was successful as a student and young leader, he was often challenged by his ‘double consciousness’, that of ’being an American and being a Negro’ at the same time.  I would daresay that part of his struggle was also that he was profoundly gifted and functioning in a predominately white environment posed certain challenges for the young black scholar.  In his own words, DuBois noted:

“one ever feels his two-ness, an American, a Negro, two souls, two thoughts, two unreconciled strivings, two warring souls in one dark body, whose ‘dogged strength’ alone keep it from being asunder”

Many years later, Dr. A. Wade Boykin, noted African American scholar, wrote and provided some clarification of this ‘double consciousness’ as he researched the challenges faced by many African American students who find themselves having to cope with the oppression of the minority experience in America, live in mainstream society, and maintain their black legacy and traditions (Boykin, 1996). Boykin’s ‘triple quandary’ theory described a complex existence of these young people- likening their condition to a quandary- which is defined as a ‘dilemma, predicament, jam, or a sticky situation’.

These students often find themselves often having to live in three worlds simultaneously: Being a member of an oppressed culturally diverse/minority group; being gifted; and being a participant in mainstream society. As challenging as this ‘triple quandary’ existence appears to be—there is documentation that some minority group learners have also shared that they possess their own forms of ‘dogged strength’ characterized by a strong sense of identity/purpose, ability to rise above negative circumstances, and have a confidence that enables them to self-actualize, envisioning themselves as positive and successful in the future. Students who have shared their unique abilities to succeed despite external circumstances and biases they face on a regular basis - appear to have some traits in common (Davis, 2007; Grantham, 2002; Hrabowski, Maton, & Greif,1998):

Ø  they have a family member or other person who has been a strong source of support;
Ø  they have found a peer from a similar community with similar goals;
Ø  they participated in an advanced educational program or had a mentor; and
Ø  they are often encouraged by their circumstances to ‘prove the stereotypes wrong’.

This is a verbatim quote from a successful gifted high school female living under challenging circumstances. Her words demonstrate an exceptional confidence in her ability to survive and rise above her day-to-day circumstances.

‘Being that my home environment is not as lavish as some of my peers, I feel that it keeps my self-image as an achieving student alive. When people see my home and..surroundings, they’d expect me to be of low education or incapable of educational success, because let’s face it, that’s the unavoidable stereotype….my environment encourages me to be successful in school in order to prove the stereotypes wrong’ (Davis, 2007).

Each of you plays a critical role in the success of our students. In all communities are countless numbers of highly creative, intellectually gifted young people, who are looking for someone to believe in them. Someone to believe that they are ‘wise beyond their years’, and they have the ‘creativity and courage’ to work through the daily challenges. They are looking for someone who is willing to provide opportunities that match with their abilities & needs.

I encourage you to advocate and create programs at schools and in the community where they can interact with students who look like them and share the same interests. I encourage you to support their dreams and visions for success, listen to them, and take their concerns about being ‘different’ and sometimes ‘being misunderstood’ seriously.

I encourage you to expose them to successful adults from their communities who have gone through life’s difficulties, left the challenging circumstance (or ‘made it out’) and have a ‘life story’ to offer as encouragement. These young people are counting on us to believe that they have what it takes to succeed even if they sometimes feel like they are in the ‘strange predicament’ or feel ‘out of place’ or that no one understands their plight.

In closing, I must admit that this is a very complex and sometimes controversial subject, the very notion that students from challenging environments can be successful, has not been entirely embraced by the educational community. We tend to look more at what they can’t do -deficit perspective,  than what then can do- strengths perspective (Ford, 2010). This is just a continuation of the conversation. There is more to share than can be discussed in this limited space.

The purpose of this blog is to enlighten more advocates and share information that you may not have had access to before. There are numerous resources that can be provided, I’ve listed a few here and hope that they will help you to help these talented young people out of the ‘quandary’ of their daily existence into a life of hope and realized dreams.

All rights reserved by Joy Lawson Davis, Ed.D. Reproduction without written permission of the author is strictly prohibited.